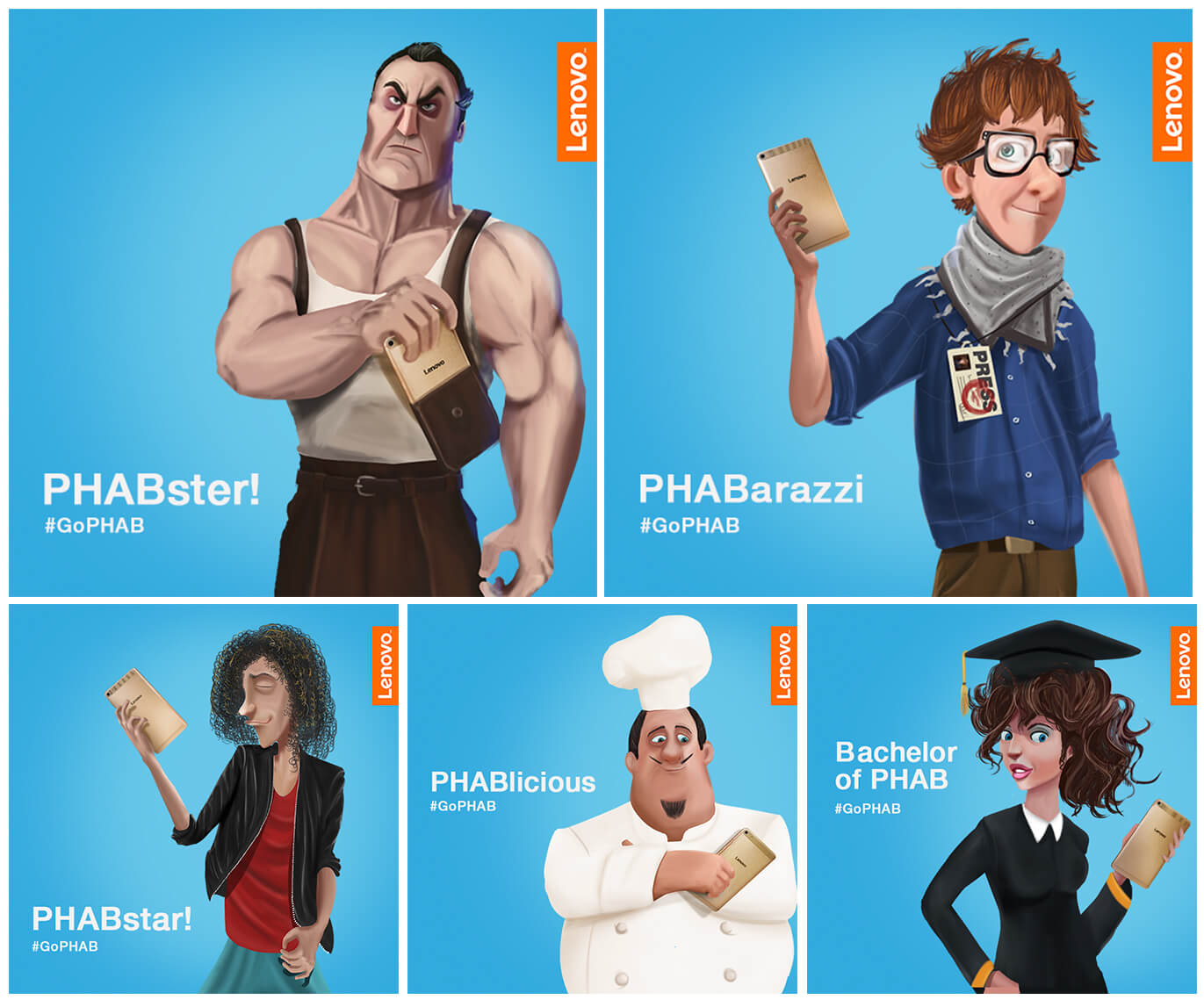 How Lenovo Launched the PHAB- Phone+Tab globally along with creating awareness about the form, features and functionality.

Lenovo were looking to launch their latest product, the PHAB, a portmanteau of phone and tablet on a global platform. But the brand faced skepticism in terms of consumer acceptance of the new form, due to its mammoth 7-inch size.

To launch the PHAB and subsequently create awareness about its form factor & build advocacy amongst the influencers to facilitate consumer inclination towards it.

The brand had to create a category within a category, a combination of a phone & tablet with a screen size of an unusual 7 inches.

The Idea | Don’t be drab #GoPhab

We wanted to showcase that using multiple devices for different needs wasn’t considered ‘cool’ anymore and the way to go was to use a device that provided the best of both worlds. hence they created content based on their experiences which appealed to distinct sets of audience.

The entire launch campaign was divided into two major phases, reveal & reach and so was the content, specific to each bucket.

The idea was to create familiarity around the product’s form & functionality, hence this phase was about creating awareness among potential users. The campaign produced creatives that focused on how consumers need not own multiple devices for different functions, since PHAB presented best of both worlds (PHONE+TAB).

Since the combination of phone & tab was an unexplored segment, we looked at instilling enough knowledge regarding the same. It was essential for the PHAB to be differentiated from competing products, hence this phase aimed at more interactions with the market. We created snippets on advantages of having a bigger screen and creatives on the diverse set of consumers that can use the PHAB due to its multiple features.

But it was also essential to drive the above mentioned by influencer endorsements. So we created ‘The Cult Of PHAB’, a platform where 30 influencers, from distinct backgrounds, with different phone usage patterns and requirements were offered the opportunity to spend a week with the device and try it out for themselves. In return, they created content based on their experience which appealed to distinct sets of audience. This content led the audiences to the Cult of PHAB site where they could view influencer thoughts, as well as sign up to receive one for testing.

The stage by stage execution enabled Lenovo to break through the market gradually while also enabling consumers develop an inclination towards the form. Many who visited the Cult of PHAB site signed up for product testing. The social experiment proved to be a qualitative product sampling; where the brand managed to create an inclination towards a newer & bigger screen size along with acquiring a record of usage patterns of distinct professionals who utilized the same to create content.