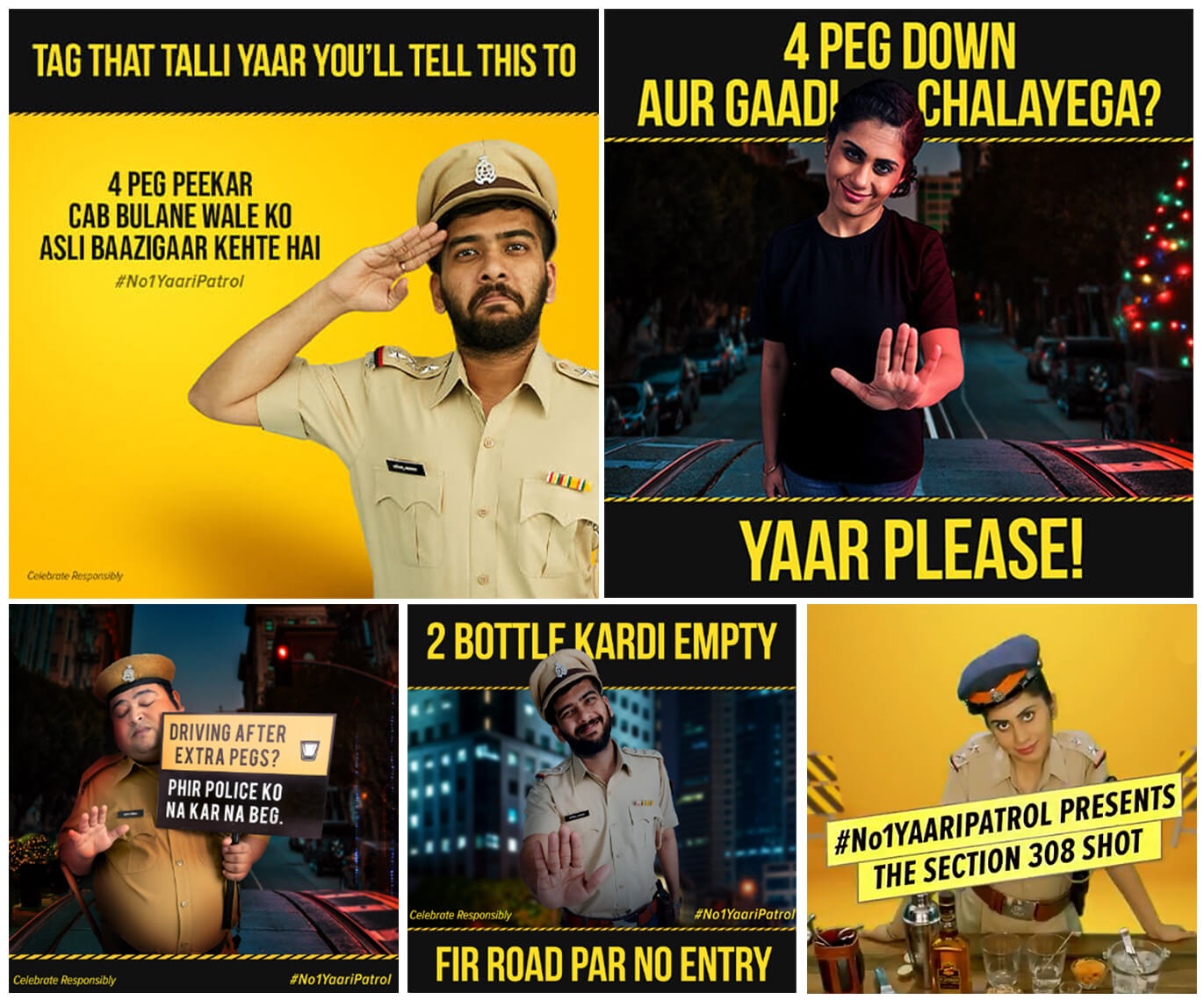 How McDowell’s generated conversations around the consequences of Drinking & Driving

McDowell’s No.1 whiskey stands for celebrating the bond between friends (Yaar) & the brotherhood (yaari) that stems from this special bond. At the same time, McDowell’s also has a strong “Celebrate Responsibly” philosophy. This necessitates the brand to educate its audience about different aspects of responsible drinking.

Come Christmas & New Year’s Eve, the brands stand on drinking & driving takes center stage. Because as Yaars reunite to celebrate their Yaari, some of them take a detour from the responsible path.

Create conversations around the consequences of Drinking & Driving in a manner that is relatable to the audience.

While the brand understood the importance of the message, the Audience is used to tuning out of such communication, as Public Service ads of this kind are perceived to be preachy.

Yaar’s have a unique conversation style that can spice up even the most mundane topics of discussion.

So was born, No.1 Yaari Patrol; A group of yaars that want to convince people to not Drink & Drive through the language of yaari.

We teamed up with the responsible yaars to identify their friends who insist on drinking and driving. In return, No.1 Yaari Patrol would reach out to those yaars with a special message.

We identified Instagram as the most suitable platform for this initiative since ‘tagging’ on Instagram is a popular behavior and a way of expression. This would let the concerned yaars easily tag their friends, giving Yaari Patrol the chance to reach out to the stubborn ‘at risk’ yaar organically. We wanted to keep the TOV light-hearted hence Memes, Instagram’s most popular form of communication became the heart of the communication tactic. The campaign was divided into three phases, launch, engagement, and sustenance.

The objective was to set the context of the campaign with smart conversations and cultural units by calling out the concerned yaars. It was launched on the 24th of December 2018 on Instagram, with Christmas-themed content, and asked yaars to tag their friends who insisted on drinking & driving. Multiple formats and messages, including statics, videos, and GIFs were produced on ‘Road Laws & Signs’, ‘No Bullshit Police’ & other persuasive content that backed the yaar’s concerns. The content garnered attention from the audiences & helped the concerned yaars feel at ease.

The tagging game had to be taken forward by catering to the responsible yaar’s concerns. A dynamic, strong meme & conversation retaliation was staged, which resonated best with the tagged yaars. The audiences were educated on D&D laws by presenting them as cocktail shots & catchy messages regarding busting myths on drinking habits were delivered by police officers and other well-wishers.

The final leg of the campaign aimed at retaining the engaged audience by asking them to share their sun signs on the 31st of December since that’s when everyone looks forward to a New Year, a new beginning. McDowell’s responded back with ‘Horrorscope’, sarcastically engaging Insta stories & posts on repercussions of Drinking & Driving.

In just 10 days, the campaign generated 5.1 million impressions, recruited followers to the cause by almost a factor 6X over earlier efforts, and ratcheted up 7850+ one-on-one conversations. Overall, the brand produced a total of 28 content pieces and 244 Insta stories as replies, yielding a total of 138,000 engagements & becoming the talk of the platform during the period. A first for the topic of no drinking and driving.